Responsible Ownership is an approach to investing that means we’re focused on returns, but also make investments that directly benefit our members’ communities and the broader society in which we live.

An important part of this is transitioning our portfolio to support a low-carbon economy. Through our Climate Change Portfolio Transition Plan, we’re committed to investing in renewables and new technologies across our portfolio, and invest in companies with genuine renewable and clean energy targets.

These renewable investments sit in our Infrastructure and real assets asset class. This asset class has delivered a return of 13% p.a. over 5 years to 31 January 2021*. 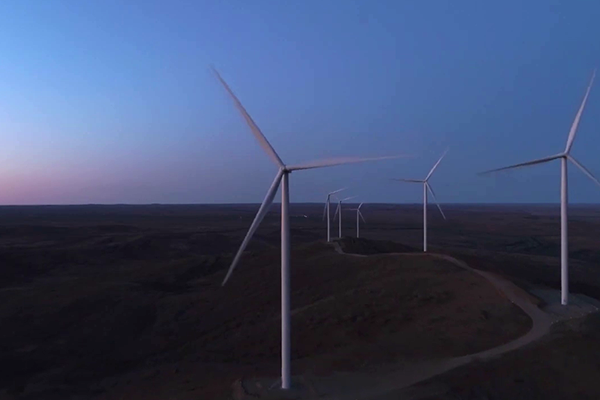 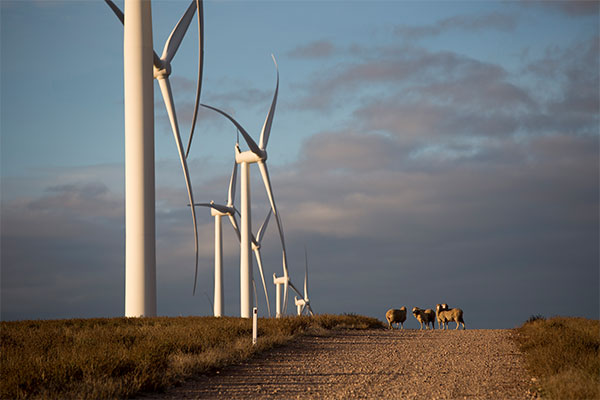 Snowtown 2 is one of the largest wind farms in Australia. Sitting in the Barunga and Hummocks Ranges in South Australia, it has been operational since 2014. The project created approximately 200 jobs during construction and employs 15 people.

Snowtown is a 180-turbine wind farm with an installed capacity of 270 megawatts. It generates enough electricity to power around 140,000 households^1.

Since investing in Snowtown 2 just over six months ago, Snowtown 2 has avoided the release of around 136,000 tonnes of CO2 emissions by other electricity generators.

“Investments such as Snowtown 2 is one way we are putting our members’ retirement savings to work to deliver sustainable outcomes.”

How the investment is delivering returns to members: Returns will come from a secure and stable contract with Origin Energy.

PowAR’s existing wind and solar farms will deliver around 2,400 gigawatt hours each year. That’s enough to replace an equivalent amount of fossil fuels and power 465,000 average Australian homes each year.^2

Our investment in PowAR assists in Australia’s efforts to combat climate change through decarbonising our energy generation mix. PowAR contributes to Australia’s Paris Climate Agreement greenhouse gas emissions reduction targets of reducing emissions by 26-28 per cent on 2005 levels by 2030.

How the investment is delivering returns to members: AGL Energy has agreed to buy all of PowAR’s electricity and ‘green certificates’ from current and under-construction assets for an initial five-year period with an option to extend by five years. 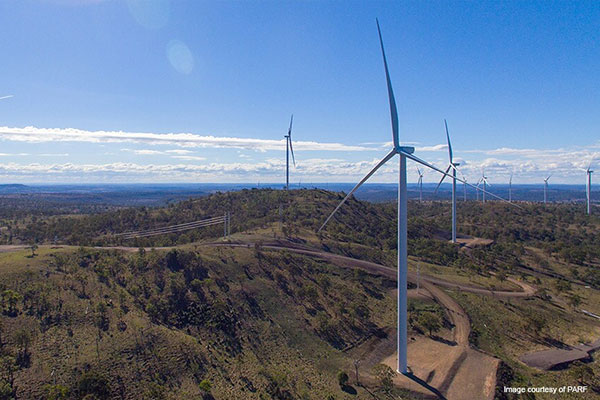 Our approach to climate change

Darby is a global emerging markets private equity fund manager. It launched the Darby Servtec Energy Fund (DSEF) in 2017 with Servtec Energia, a Brazilian developer and operator of power assets.

DSEF invests in renewable solar, wind and hydro assets in Latin America. The fund aims to develop and own over 380 megawatts of renewable generation projects and generate a potential reduction in greenhouse gas emissions of over 400,000 tonnes of CO2 each year.

DSEF’s existing wind, small hydro and solar farms have the potential to replace their equivalent in fossil fuels such as coal and gas. We expect that DSEF will deliver around 970 gigawatt hours of energy – enough to power half a million average Brazilian homes each year.^3

How the investment is delivering returns to members: DSEF has secured several long-term energy agreements. It will either inject the energy into the electrical grid or sell to individual medium and large businesses.

*Note that past performance is not an indicator of future performance.

Aware Super will divest from thermal coal mining from October 2020

Divestment from thermal coal mining is one of the key actions Aware Super has committed to as part of our Climate Change Portfolio Transition Plan.

Our approach to climate change

Investing for a sustainable future

As one of Australia’s largest super funds, our primary purpose is to deliver the best possible returns to our members. To achieve this, it’s important to consider potential risks to our investment portfolios and do all we can to mitigate these risks.

What we choose not to invest in

As part of our Responsible Ownership approach, we have in place an exclusion framework which means we do not invest in certain industries.